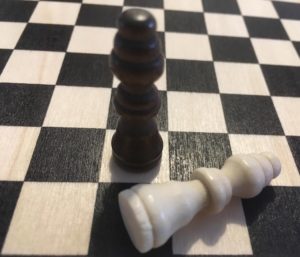 Losing the executive is not as final as checkmate, but it can make the next four years politically miserable!

Coloradans, let’s not make the same mistake in 2018 that the United States made in 2016 when it comes to electing a person to the executive position – in our case, the Governor of Colorado. I am not saying any of the Colorado gubernatorial candidates are likely to bring the same level of never-seen-before strangeness as Donald Trump (Tom Tancredo is “outspoken” but at least he’s governed before). I am saying there are two fundamental reasons why folks should not take this race lightly:

I once never thought I could overstate my second point above, but recent elections have shown me that not everyone gets it yet, so I’ll expound. The enormity of executive power means elections for the executive position are vastly more than a battle between personalities. It is rarely just a fight between generic Tweedledees and Tweedledums, because there’s a machine behind most viable candidates. Close elections for the executive position are more like expensive multidimensional all-out wars, and it’s because the prize is bloody control over the very way a system of government operates – who benefits, and who gets the shaft. 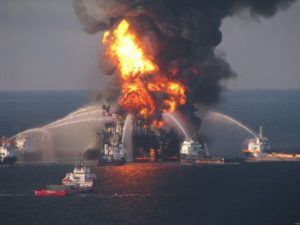 The Deepwater Horizon disaster killed people and fouled the environment – yet the Trump administration relaxed regulations designed to prevent a repeat!

We have all seen the consequences of Trump’s election: conservative control over the Supreme Court, possibly for decades; Jeff Sessions threatening state’s rights when it comes to legalized marijuana; rolling back safety regulations for offshore drilling just years after the Deepwater Horizon disaster; attempts to slash the size of existing National Monuments; penis-size contests between Kim Jong-un and the leader of the free world with the topic being nuclear annihilation; EPA critic Scott Pruitt running the EPA; day after day of embarrassing news with the potential of scandal; and we’re only barely through the first year.

Imagine the attacks on our public institutions via Trump and the GOP-controlled Congress, then shrink the scale and magnitude, and it’s basically something we’d better consider as we enter the Colorado 2018 election cycle. So, I’d like to offer one extremely non-scientific slogan as we hopefully attempt to avoid a serious loss going forward:

Let’s save the battles for purity or against the two-party system for another day, when perhaps handing control over to Republicans won’t mean the threats to our societal expectations and environment that it means today. Here are a few of the structural components of governing you lose if someone who does not hold your political values wins the State of Colorado’s executive position:

The Face of the State: Who will deny that Trump has damaged peoples’ opinions of the U.S. in many nations abroad? And what do you know – a new poll just came out, showing a dramatic decrease in favorability of U.S. leadership. The Governor literally represents Colorado on visits or interactions with other states or nations, or in the media. Whatever one might think about Gov. Hickenlooper, he’s made impressions and has been a force in rebuilding our economy post-Great Recession. Here’s a link to a story painting Hickenlooper as “a star” at the 2013 World Economic Forum in Davos, Switzerland. Let’s elect another star, one who will build relationships and can play well with others. We’ve seen what happens when we elect the opposite.

Judicial Appointments: This includes the Colorado Supreme Court and other lower-level courts. It’s unfortunate, but nobody can deny with a straight face anymore that politicians can nominate and appoint justices based on their political ideology. It’s a little different in Colorado compared to the U.S. Supreme Court, since the Governor must appoint justices from a judicial nominating commission’s list, but let’s be serious – you still don’t want to hand this authority over to someone you don’t trust or support. Here’s a list of Gov. Hickenlooper’s judicial appointments for illustration of how broad this scope is: https://www.colorado.gov/governor/tags/judicial-appointments 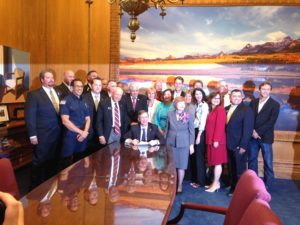 Cabinet: The Governor’s Cabinet includes executive directors for some of Colorado’s most important departments, and executive directors shape direction for the agency. I’ll avoid naming names here, but if you’ve followed the news, you’ve probably wondered aloud how some of Trump’s top choices were, say, “qualified” or “under any stretch of the imagination the best choice for the job.” I’m hoping you want top appointments in Colorado to have experience and to reflect your values, and therefore it matters who holds the executive position. Here’s a link to a list of current Cabinet members for reference: https://www.colorado.gov/governor/cabinet

Executive Orders: The Governor can issue executive orders, which carry the force of law. Hopefully you’ve seen the difference between Obama executive orders and Trump executive orders, if only Trump’s recent order to drastically shrink the size of Bears Ears National Monument. We should not trust that executive orders from the next Colorado administration won’t have some level of partisan leaning, and again, if you have leanings of your own you don’t want to give this power away. Here is, for the record, a link to Hickenlooper’s list of executive orders.

Succession: The Governor chooses a Lieutenant Governor, who succeeds the Governor should he or she becomes unable to finish a term. Then, the ex-Lieutenant chooses a new Lieutenant, who would succeed the new Governor if need be. Also, the Governor nominates replacement officers if the Treasurer, Attorney General, or Secretary of State cannot finish his or her term. If you’re politically involved, you want the chain of succession on your side. 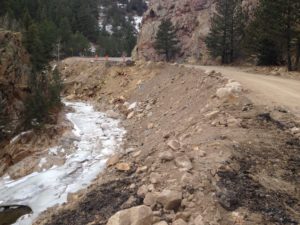 Emergency Powers: The Governor has the Constitutional power to call out the militia to “execute the laws, suppress insurrection or repel invasion.” He or she can also declare states of emergency, which happened during the extreme flooding of 2013.

Pardons: The old TV/movie cliche of a governor pardoning the hero of a story just before execution is suspenseful and entertaining, but it’s also a real gubernatorial power. According to the state Constitution, he or she can “grant reprieve, commutations and pardons…for all offense except treason.” It’s not an exaggeration to say this could be a matter of freedom, or even life or death, for the potentially wrongfully accused.

There are probably more big issues to talk about, but I hope I’ve made my point. While I’m a proud Democrat, I don’t believe the two-party system is some sort of pinnacle of democracy, and I would respect another party if it would prove practical and viable. I mean no disrespect to Greens or Libertarians here, but they’re established 40-ish-year-old parties that rarely break out of the single digits in electoral performance. What I’m really warning against here are the notions that there is no difference between Ds and Rs, or that an independent candidate is automatically preferable to a D or R (seriously – you’d better find out what they’ve done and what they really stand for first), or that we need some perfect third party that has never existed and won’t exist in time for the 2018 election.

Let’s look beyond Hillary’s 2016 win in Colorado against Trump as we gauge whether we’re a red or blue state, and understand two things – a) Republicans have still done well recently in statewide elections for posts such as Secretary of State and Treasurer, and b) beyond Denver, Boulder County, Ft. Collins, Aspen, and certain blue strongholds, Colorado is generally small-c conservative or leaning Republican in many other areas – with not-so-isolated swatches of deep, deep red. Gov. Hickenlooper, a likeable centrist incumbent, only won in 2014 over Bob Beauprez by 49.3% to 46% (there were seven candidates in the race). Colorado has proven to be a notoriously politically near-balanced state in recent elections, and we ought to expect tight margins in 2018 with a host of new candidates for this vitally important open seat. If you’re thinking of a protest vote, I hope you’ll change your mind – and I hope the rest of us will vote and work for the best candidate as if the future of our state is in the balance. Losing an executive race is not quite the same as losing the king in a game of chess, but it’s close enough to make an artistic-license reference.