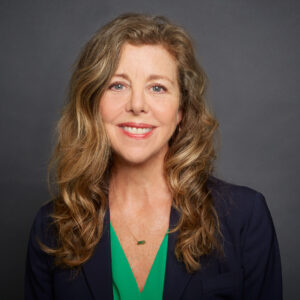 Susan Peterson, a recently retired engineer who is running for Boulder City Council in 2019, is proud of her own life accomplishments – but knows she is standing on big shoulders of leaders who took bold action to create the Boulder that’s in existence today.

Her website includes a tab called “Boulder’s Legacy” that outlines some of the major developments Boulder’s notoriously active citizens have made happen over the decades, including working to locate the University of Colorado here, adopting the Blue Line to limit development in the foothills, the Open Space program, and passing building height limits to protect foothill and mountain views.

“That didn’t just happen by accident, that happened by intention. And I would really be so honored to be a part of that legacy and carrying that legacy forward into the future… I’ve gotten so much out of this community over the last 25 years that I’ve lived here, and I just want to give back,” said Peterson on her decision to run.

She was born at Portsmouth Naval Hospital in Virginia, the daughter of a father who served in the U.S. Navy for 20 years. After his retirement from the Navy, the family moved to upstate New York in a dairy farming community near the Adirondack Mountains. Peterson said that farm life gave her common sense, but also a sense of carrying capacity – “how many cows can you have on an acre before the soil starts breaking down, those kinds of things.”

Her family moved to Beaver, Pennsylvania, north of Pittsburgh, because her father got a job with what became U.S. Airways. This move exposed her to the larger-city environment, but also led to her meeting a guidance counselor who encouraged her to pursue engineering. She did well on aptitude testing, landed a scholarship at Michigan State University, and her early experience included participation in a program through the National Oceanic and Atmospheric Administration (NOAA). She also studied at the University of Surrey in England, and graduated with a degree in civil engineering.

In brief, Peterson proceeded to provide her own “shoulders to stand on” for women pursuing careers in engineering and high tech. She moved to Denver after college, worked for about five years as a structural engineer, and then got a job with a start-up that was doing computer-aided-design (CAD) for architects and engineers. She earned her master’s degree from the University of Denver, landed a position as marketing director for Sigma Design, and then was recruited to work in the electronic design automation industry. Peterson moved to Boulder in 1994, got a job with the telecommunications equipment company Picosecond Pulse Labs, and then moved into a position selling renewable energy certificates for Renewable Choice Energy.

But today, Peterson’s immersed in politics and the issues. The 2019 race is Peterson’s second run for Council, as in 2007 she ran and finished eighth in a contest for seven open seats.

Alpine-Balsam-Broadway: According to Peterson, city ownership of Alpine-Balsam provides Boulder with some freedom to create a project without completely relying on the return on investment a private developer would typically need to calculate. That said, she mentioned attending a city meeting in which staff presented information saying moving some city staff to the Pavilion building at Alpine-Balsam could save money relative to leasing elsewhere, and also could have a positive impact on carbon footprint. She would like to see a high number or percentage of affordable housing units as part of the project. Peterson supports considering “biophilic urbanism” within Alpine-Balsam, which she defines briefly as “incorporating nature first into everything we do.” Her vision for this site would include green spaces, pollinator habitat, permeable land, and preserving mountain views. She supports making neighborhood input on projects like this a higher priority, and mentioned a recent survey conducted by Think Boulder (thinkboulder.org), in which more than 500 people responded, as “statistically significant” and indicative of a type of surveying that could be useful moving forward.

Growth, Density, Jobs-Housing Balance: Like most candidates, Peterson did not try to put a number on her vision for future growth, but mentioned that she believes there is a limit to the city’s natural carrying capacity. She noted that the city does obtain some of its water from outside diversion projects (Windy Gap and Colorado-Big Thompson), and that bad drought years could pose real problems. She does not believe density in and of itself equals affordability, but could support density with considerations of quality of life issues and characteristics of given area, for example saying “what’s appropriate for Boulder Junction might not be appropriate for Alpine-Balsam.” Boulder has an “Inclusionary Housing” program that requires a percentage of affordable housing in new projects, or a developer “cash in lieu” payment to support affordable housing projects elsewhere, but Peterson notes that average rents have only gone up since the program was established. She believes future city leaders should consider “what other checks and balances do we need to put in place to stem the basically unlimited demand for luxury housing that a beautiful community like Boulder attracts?”

Climate: Peterson’s extensive climate goals include a focus on green building, but she shared story about a conversation she had with her son regarding Net Zero building practices. “He was like ‘Mom, Net Zero is so yesterday!’” Peterson noted that the city should be looking past Net Zero and toward “regenerative systems, and ways that we can repair our ecosystem, not just sustain what we’ve got right now.” She also cited a study showing that the social cost of carbon reduction for a community is “conservatively” valued at roughly $40 per ton. She supports bringing a concept called “metric based management” into Boulder’s climate discussion, where the city sets measurable goals, gathers data, and shares information about how it’s doing in given categories such as air quality, carbon footprint, or tree conditions, so data is as well known as measurements like knowing the temperature.

Boulder Municipal Electric Utility: Peterson the “muni” effort, since it could enable Boulder to have a “clean, green, locally controlled, renewable energy grid.” She believes carbon emission reduction has a financial value as well as an environmental value, and believes that a muni’s role in getting to the city’s carbon reduction goals even 10 years faster than Xcel Energy should be of value to Boulder. During her 2007 campaign, she mentioned the potential for distributed electric generation in Boulder, and today says it could provide greater local grid resiliency since if a part of the grid goes offline, other parts would still be able to operate. Peterson supports the local control aspect of a muni, and since city ratepayers would not be responsible for generating profit for Xcel shareholders, Boulder might be able use money toward a social equity benefit by helping lower-income residents with utility costs.

Social Equity: Peterson has a personal story to tell about facing discrimination as a woman working in the male-dominated engineering world. She eventually moved into the field of high technology, and said her situation as a woman might have actually gotten worse in high tech. Today, she believes it’s important for society “to have a broader point of view because technology is the main thing that’s impacting us on a daily basis.” Like many candidates, Peterson emphasized that issues are not isolated but interrelated, and she believes a number of policies could improve social equity in Boulder, including housing affordability, better transportation, cultural opportunities and the arts, and a strong economy. From the point of view of a white woman, Peterson says, “I don’t have first-hand experience of racial inequity, but I do have first-hand experience on inequities related just to the way I look.”

CU-South: Like most candidates, Peterson emphasizes that health and safety of residents downstream from the CU-South property must be the primary concern. Unlike some candidates, she supported the Variant 1 plan that the majority of the current Council favored, although CU and a Council minority did not support this plan. She said Variant 1 offered much greater “freeboard,” basically the amount of space that water and debris could flow through at the South Boulder Creek underpass beneath US 36, compared to Variant 2. The South Boulder Creek watershed covers roughly 136 square miles, which means a major flood event would send debris downstream as well as a tremendous volume of water, and she said debris blockage and water overflows at US 36 would pose a major public safety risk. She also mentioned that during the 2013 flood, water flowed around a berm on CU-South into residential neighborhoods, instead of dissipating across the property. Peterson says collaborative work between the city, CU, CDOT, Open Space, and area neighborhoods will be necessary to find an acceptable solution.