Brockett: Politics in the Blood 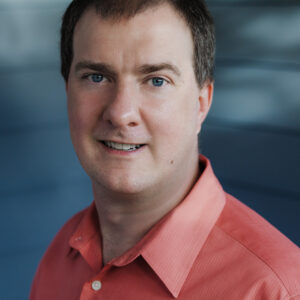 Aaron Brockett, a current Boulder City Council member, is running for re-election in the 2019 campaign. Brockett earned a four-year term in the 2015 election, finishing fourth in a race for five open seats. When asked why he’s running again, Brockett produced a long list of issues he’s been involved with since 2015 that he’d like to continue working on, including transit, cycling, human services, arts, the library system, and social equity, among others.

“We’re working right now on forming a police oversight board, so that’s coming out in the next couple months. I’m looking forward to getting that board formed, and I’d love to be around to help kind of steer it along in its early stages,” said Brockett on one of the reasons he’s running for re-election.

Brockett was born in Chapel Hill, North Carolina, and his father finished a PhD in Political Science at UNC-Chapel Hill during Brockett’s childhood. The family moved to Massachusetts for several years and then settled in Sewanee, Tennessee, which Brockett described as a “small mountain town up in the woods,” and also a college town. He graduated from St Andrews Sewanee School, and said with a father who was a political scientist, politics were often part of the dinner-table discussions as he was growing up.

He enrolled at Swarthmore College, located outside of Philadelphia, and Brockett said attending this “small liberal arts school” exposed him to debate and discussions over questions of policy and ethics, including issues of social and racial justice. He graduated with a degree in music, and while this degree did not directly determine his career path, he has performed during much of his life, including with the Boulder-based Ars Nova Singers.

Brockett had a computer-related work study job in college in the mid-1990s, and he said despite a lack of formal training he had an interest in computer programming. He and his wife Cherry founded a business, Charon Development – near the time of Y2K – a software development company that Brockett said grew very slowly to the point of having eight employees. Charon worked on a product called ProLease, a program for commercial lease management, and in a recent development the product was purchased by another company and the Brocketts became employees of this company.

According to Brockett, his civic engagement began with the Wild Sage Cohousing community in north Boulder, in which he helped the new community with its bylaws, and continued when he became president of the broader Holiday Neighborhood HOA, also in north Boulder. (Disclosure: Richard Valenty, the writer of this piece, also lives in both Wild Sage and Holiday.) Then, he applied several times to be a member of the City of Boulder’s Planning Board and Library Board, and was denied three of four times but on the fourth was appointed to the Planning Board, where he served five years and chaired for two. During his time on Planning, the board weighed in on numerous development projects, including the mixed-use project at Boulder Junction which featured a new bus station, apartments, and the renovated Boulder Train Depot.

Since being elected to Council, Brockett has served as a city representative to the Denver Regional Council of Governments (DRCOG), the designated Metropolitan Planning Organization and Transportation Planning Region for all or part of 10 Colorado counties. Brockett noted that he worked through DRCOG on helping to secure funding for early phases of Bus Rapid Transit (BRT) along the Diagonal Highway to Longmont, and for a study on BRT along Arapahoe (State Highway 7) to the east of Boulder.

Alpine-Balsam-Broadway: While Brockett acknowledged that there is quite a bit of disagreement over how Alpine-Balsam should move forward, he said he believes a recently released (several weeks before this mid-September interview) city draft plan was “pretty much right on target.” The plan basically included city offices, mixed-use to the northeast, a “three-story-ish” housing building in the north-central, a slightly taller building on the south side that might include county offices, and lower buildings toward the west closer to North Boulder Park. He also said the north side of the plan includes floodwater conveyance, a multi-use path, and could serve as a buffer between the new site and existing neighborhoods. He believes the plan is “reasonably compatible with the existing neighborhood,” and hopes the future of Alpine-Balsam will include a significant amount of affordable housing.

Growth, Density, Jobs-Housing Balance: Like most candidates, Brockett did not try to quantify how much bigger the city could or should get in the near-term. He said he has long supported and continues to support “walkable mixed-use neighborhood type development in places that are well-served by transit, biking and walking opportunities, and other services.” Regarding density, he said he does not support “four-story buildings all over town,” but says density makes sense in areas such as Boulder Junction, which fits the description quoted above. He believes there could be opportunities for housing or mixed-use development along 28th Street and/or 30th Street, between Arapahoe and Iris, and said Diagonal Plaza could be promising since it’s underutilized when it comes to retail and its large parking lots. Brockett said he could support renovations for office parks or industrial zones to help address the jobs-housing balance, but would not favor completely halting office development since a business that can’t find an office might need to relocate.

Climate: Like several candidates, Brockett said he feels fortunate that city staff is already working on many climate-related programs. For example, the city was scheduled shortly after this interview to pass an ordinance allowing solar on a parking structure. He supports working on energy efficiency, stronger green building practices, and collaboration with the business community in their climate efforts, and said “we have a lot of opportunities and I intend to work on all of them.”

Boulder Municipal Electric Utility: Brockett said he has supported the muni “since the beginning,” and he believes the muni is the only path the city currently has to meet its goal of 100 percent renewable electricity by 2030. He also said it’s been a difficult process to date, with legal challenges and other obstacles in its negotiations with Xcel Energy. Brockett and other candidates support running a future ballot measure to ask city voters if they want to move the muni forward, and Brockett said he believes Council’s role at present is to act as “stewards” of the process, in part to determine the true costs and other factors that would give voters what they need to know before an election. “I think the city is capable of running a municipal utility – there are many municipal utilities in the state, and personally I don’t see a reliability concern around that,” said Brockett.

Social Equity: Brockett said “of course” Boulder has issues with social equity, but added that it’s a broader societal concern, not just in Boulder. He said he incorporates into his decision-making process an equity lens, in which he considers who a decision might be affecting, and whether it would increase disparities in our community or decrease them. Brockett said the city has helped with housing opportunities for those in lower socioeconomic classes, in part by adopting strong policies around manufactured home parks and its support for “Housing First” programs for the homeless such as the project built at 1175 Lee Hill. He noted that the availability of affordable housing can contribute to racial equity in the city, and said the city has recently been examining its procurement processes with an eye on how it can work more with women and minority-owned businesses.

CU-South: Like most candidates, Brockett said the top priority must be protecting health and safety of residents living downstream from CU-South in case of an extreme flood event. He had been a strong supporter of the Variant 2 flood mitigation plan, which he said was “the only plan that had 500-year flood protection and CU supported,” and was one of three council members to vote against the Variant 1 plan that the majority of Council supported, but city staff pulled Variant 2 from consideration shortly before this interview due to CDOT concerns over construction in its US 36 right of way. As it stood in mid-September, Brockett said he feels as if a Variant 1 approach, mitigating for between 100 and 500 year flood events, could work as a path forward. He said he hopes to continue working for a compromise solution that can work for all parties involved, and said he believes the city must continue to negotiate with CU since CU owns the property.

Right Decision at Hogan-Pancost: Yes, water issues are severe enough in the area that using the property for mitigation is appropriate.

More City Resources for Homelessness: Yes, greater investment can help with what Brockett called “upstream options” to keep people from becoming homeless, and housing people experiencing homelessness is “the best thing for society at large,” from moral and overall cost perspectives.