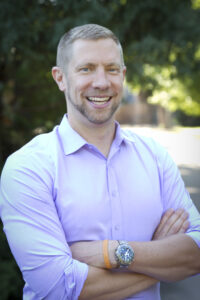 Brian Dolan, a candidate for Boulder City Council, might especially relate to the phrase “all politics are local” thanks to his experiences in 2019. Dolan has not only lived the vast majority of his life in Boulder, unlike most 2019 candidates, but also decided to make his first run for office in part due to controversy involving his own neighborhood near the proposed Alpine-Balsam redevelopment project.

“One of the main issues I see is community engagement, and I don’t feel like all the voices in our community are being heard, and so I want to help fix that issue…When the majority of the population isn’t being heard, and a vocal minority is making the most noise and they’re the ones being heard, that’s where I wanted to get involved,” said Dolan of his decision to run.

Dolan was born in Albany, New York, but moved to Boulder at the age of two, and has lived in Boulder except for “short stints away for school” ever since. He said living in Boulder “pretty much made him the person I am,” and said he developed attributes here including respecting people, respecting the outdoors, a “forward-thinking attitude,” and being involved in the community. He graduated from Boulder High School.

Dolan began his college education at Front Range Community College, and earned a degree in finance from the University of Colorado-Denver with minors in accounting and marketing. Professionally, he has worked as a branch manager at a credit union, owned an insurance agency, worked with friends at a film company, and today he is self-employed in a venture to import classic cars from overseas.

Today, Dolan is co-president of “Share-A-Gift,” an organization that provides holiday gifts for needy families in the Boulder Valley School District area. He also volunteers with TEDxBoulder, currently serving as its logistics coordinator, and with the National Multiple Sclerosis Society.

But the civic experience that truly launched his candidacy came during discussions over what to do with the Alpine-Balsam parcel. He said a group of people living in the area formed because a number of neighbors weren’t happy with what they were seeing regarding development proposals and ideas. The resulting “ThinkBoulder” effort created a survey that generated 533 respondents, and results came back with high percentages of respondents expressing concerns about possible impacts to the neighborhood. Dolan was asked to be part of ThinkBoulder’s leadership team and accepted, though he stepped down recently to focus on running for Council.

Dolan emphasized during this interview that he is not a single-issue candidate, and decided in part to run for Council so he could help work toward adequate civic engagement on a wide range of city issues.

Alpine-Balsam-Broadway: As mentioned above, Dolan’s spark that led him to run for Council came out of the Alpine-Balsam process. He said he followed the process, and heard concepts for the parcel that might have generally included: city offices plus housing; city and county offices plus housing; and considerations of what he describes as “the most density we could fit there.” The idea of significant density concerned him. He said in a square mile surrounding Alpine-Balsam there are “about 1,540 housing units,” and adding 300 more units to the area would have been about a 20 percent increase that would have affected neighborhood character. In mid-September, he still believed that it did not make sense to force high levels of density on the neighborhood, but said he would be open to a mix of small multiple-family units and small single-family homes. He questioned whether having city offices on site would be the best decision economically, and said he would be open to some retail. “I think we need to pretty much back up and start this whole process over and have better community engagement,” said Dolan.

Growth, Density, Jobs-Housing Balance: Without specifying numbers, Dolan does not support significant levels of growth in Boulder, although he believes there are some opportunities in town for new development. He said today’s Boulder is closing in on its carrying capacity, and the city should not make density a high priority in part because the city’s already dense. (For example, this ranking puts Boulder just behind Denver in population per square mile.) He said that density may impact affordability in certain communities, but “Boulder’s not that market…Supply-side economics doesn’t fix our affordability issues, and we can’t build enough houses to offset the amount of people who drive in,” said Dolan. Next, he noted that there’s no guarantee that people who are currently in-commuting would want to purchase homes in Boulder, or that some wouldn’t have or take a job outside of Boulder after moving here. He is a small business owner and said he would not oppose new businesses here, but added that he would like the city to foster its start-up community as a sector that “has made Boulder really special.”

Climate: Dolan said he fully supports current city and county goals to be carbon-neutral. Transportation improvements would be important to him, including additional mass transit, carpooling, and vanpooling, which could help employees take transit into town and catch a shuttle to their place of employment. He supports a citywide Eco Pass for transit, and would support efforts to begin Northwest Rail service faster than current estimates. He added solar panels to his home last year, in the process receiving city subsidies, and said he would support expanding city programs to help make sure solar is more attainable for as many people as possible.

Boulder Municipal Electric Utility: Dolan supports moving forward with the “muni” effort and putting the issue before voters on a future ballot, but said he is interested in seeing how the actual cost numbers of acquiring assets and other expenses come in. While the cost of establishing the muni could be a factor for him, another side of muni economics include that city ratepayers could in aggregate save tens of millions of dollars annually on the cost of electricity (see the City of Boulder chart referenced at this link for one set of scenarios). Also, he believes municipalization could enable the city to get to 100 percent renewable energy by 2030 per current city goals, while Xcel’s goals are not as robust so the city would still be on the hook for a percentage of fossil fuel-generated electricity. The muni process has taken a long time to date, but Dolan said he believes Xcel is stretching the process out in efforts to “break our will,” and he supports moving forward so the city could pursue cost savings and a cleaner energy portfolio.

Social Equity: Like several candidates, Dolan was quick to mention that he is a white male, and will not claim to understand “what the situation looks like for minorities.” He grew up in Boulder, and understands that the city has not been very diverse racially during the time he’s lived here. Regarding recent controversial policing incidents involving black males in Boulder that could be considered racial profiling, Dolan said he believes having a city police oversight board is a “necessity,” and said the city should also examine its hiring practices in efforts to make sure incidents like the recent encounters don’t happen in the future.

CU-South: Like most candidates, Dolan said health and safety for residents living downstream from the CU-South property has to be the top priority moving forward. This interview took place near the Frasier Meadows retirement community, and Dolan pointed out toward the area and noted that people who could suffer real problems in a serious flood event probably worry and wonder about what they might need to do whenever there is a heavy storm. In mid-September, he said he favors taking annexation of CU-South off the table at least for the time being, and working on flood mitigation that would protect the neighborhoods first. While nothing was certain in mid-September, general ideas for CU-South development have included new housing. Dolan said it might not be the best idea to develop at CU-South because the area is “fraught with issues,” including the obvious floodplain dangers and possible transportation challenges, especially in case of a serious flood event. He supports investigating a land swap, and suggested the city-owned Flatirons Golf Course as a better location for CU development, and moving the golf course to CU-South would also allow for more South Boulder Creek floodwater retention on the CU-South property.

More City Resources for Homelessness: Yes, emphasizing that resources to keep people off the street can reduce problems associated with homelessness such as the cost of incarceration or impacts to parks or public spaces.