Friend: Trying to Take Activism to the Next Level 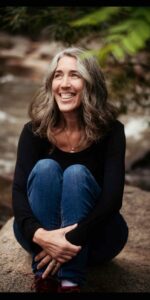 Rachel Friend, a 2019 candidate for Boulder City Council, might be making her first run but she’s no stranger to the current Council. Friend has been active and vocal recently in hot-button issues facing the city, and she hopes her life experiences and activism will help Boulder decide to give her not just a voice, but also a vote when it comes to key city matters.

“I’m running in part because I think that we need to be looking forward, and our best days lie ahead rather than in the rearview mirror. Then, specifically, it’s an outgrowth of being involved in local politics,” said Friend on her decision to run for Council.

Friend was born in South Bend, Indiana, and said her parents actually hosted a fundraiser for South Bend’s “Mayor Pete” Buttigieg. She said her environment exposed her to elements of midwestern conservatism, and found herself rebelling against the racism and lack of environmental concern she experienced, saying she felt a bit like a “square peg in a round hole” growing up. She graduated from John Adams High School, and went off to Stanford for college, graduating with an undergraduate degree in psychology. She enrolled at Indiana University for her first year of law school, then moved back to South Bend to earn her law degree from the University of Notre Dame.

According to Friend, she landed the “dream job” coming out of law school, clerking for Judge Charles Wilson of the 11th Circuit Court of Appeals in Tampa, Florida during 2000 and 2001. The young Cuban boy Elian Gonzalez was found clinging to an inner tube off the coast of Florida in late 1999, which led to a custody battle between his father in Cuba and relatives in Florida. Later in the year, the 2000 Presidential election between George Bush and Al Gore hinged on a relative handful of votes in Florida and it took lengthy legal battles to declare a winner. Both cases spent time in the 11th Circuit Court of Appeals, and Friend said these were intellectually stimulating and obviously memorable cases, so she “got lucky in terms of timing.”

Friend moved to Boulder in late 2014, and she is currently teaching criminal justice for Front Range Community College. She also started doing pro bono work about 18 months ago for people at the Aurora Detention Facility who are seeking asylum. She stopped taking the asylum cases earlier this year to devote time to running for Council, but hopes to start again in November.

When it comes to local civic engagement, Friend has been active as a co-director with the South Boulder Creek Action Group, which advocates for South Boulder Creek flood mitigation at the CU-South property. She has also participated with the firearms safety group Moms Demand Action, and was active during the city’s process of establishing an assault weapons ban that was adopted in 2018.

Alpine-Balsam-Broadway: Like many candidates, Friend said the Alpine-Balsam process should include adequate opportunities for people in the neighborhood to be heard, but also said sometimes the city gets mired in too much lengthy process when “leaders have to make decisions.” According to Friend, excessive process can lead to unnecessary spending, along with uncertainty and unease in the community. She said city ownership of the property gives Boulder the opportunity to be creative, in part since the city is not beholden to the same type of return on investment considerations that a private developer would face. She believes there should be affordable housing at Alpine-Balsam, not just for people earning below 100% Area Median Income, but also for people who might earn more than 100% AMI but also can’t afford housing in Boulder, such as nurses and teachers. She said the area has some ideal characteristics when it comes to location, including availability of transit, walkability, and proximity to neighborhood schools, so she would like to see family-friendly design so families are attracted to the neighborhood and can take advantage of the site’s amenities.

Growth, Density, Jobs-Housing Balance: Friend lamented that issues of growth and density tend to be divisive in Boulder. She said Boulder currently has a 15% affordable housing goal, and doesn’t see how the city can meet that goal without adding some new units to its stock. She has recently done some teaching at Erie High School, and said growth in Erie has been “explosive” since her last experience there, which helps illustrate that the growth not coming to Boulder proper is instead being diverted to surrounding communities. She believes the city should do a deep data dive (note: she emphasized the need to analyze data on many other issues) on relationships between housing and transportation and climate, and for example she noted that in the case of Erie or other cities people are commuting to Boulder, often by car, when if they lived closer to work they might be able to choose other greener transportation options. In Boulder, she suggested that creating residential development with nearby amenities in the East Arapahoe area could help ease some of the transportation pressure.

Climate: As mentioned above, Friend believes a focus on reducing vehicle miles traveled could help reduce transportation-related greenhouse gas emissions. Also, she supports a community-wide Eco Pass, safer and better bike lanes – including identifying areas where relatively safe routes don’t already exist – and finding ways to further incentivize use of alternative transportation. Atmospheric carbon dioxide concentrations are currently high and approaching levels that many believe threaten major climate consequences, and Friend pointed out that this should indicate the need to plan for climate resiliency if we can’t reverse the current CO2 trends. Therefore, she supports climate resiliency strategies incorporated into flood mitigation plans for CU-South.

Boulder Municipal Electric Utility: Friend said she voted to move forward with the muni in 2017, and as of mid-September was still “theoretically and potentially” in favor. However, she said there are still unknowns regarding the cost and legal challenges, and said she would not be willing to “vote to bankrupt the city” in pursuit of the muni. On the positive side, she said she appreciates the possibility of obtaining local control through the muni, along with the opportunities to “talk to a real person” with the city utility if something goes wrong, and she is in favor of the city’s renewable energy and climate goals. She noted that Xcel Energy has stepped up its renewable energy and carbon targets in recent years, and if Xcel had not done so, the lack of serious climate action would have factored strongly in her thought process. She supports putting the muni before voters in a future election.

Social Equity: As a criminal justice instructor, Friend spoke extensively about racial profiling, not just in Boulder but also as a national issue. She said black men are more likely to encounter traffic stops, arrest, criminal charges, denials of favorable plea bargains, longer terms of incarceration, and even being sentenced to the death penalty than others who are suspected or accused of similar activities. She said this indicates the need for serious criminal justice reform in an age where the focus may have shifted to a certain extent from reactive to proactive policing, since a person won’t get charged for something if they haven’t been stopped or otherwise encountered. As an example, she spoke of the push to reduce speed limits in some parts of Boulder from 25 MPH to 20 for safety reasons, which she supports, but then asked perhaps rhetorically “who’s more likely to get that ticket?” In Boulder, she said the city should consider equity in hiring practices, and the city will hire a new Chief of Police at some point, and a broad discussion could help produce what she described as “a really progressive policing system” for the future. She also said our housing affordability issue could be a problem in policing, since if officers can’t live in town they might not be as familiar with the community.

CU-South: Like most candidates, she said health and safety of residents downstream from CU-South must be the top priority, but considering her involvement with the South Boulder Creek Action Group and the location of her southeastern Boulder neighborhood she had more urgency in her tone on this issue than most candidates. Friend’s most basic statement is that she wants CU-South to be “prioritized, expedited, and mitigated quickly.” She said “the city did not buy the land in the 1990s,” it belongs to CU, and believes the city must negotiate with CU, as well as work with the other stakeholders including CDOT and Open Space toward finding an acceptable solution. She noted that floodplain management is not necessarily just a south Boulder issue, since if US 36 is shut down or damaged in a flood event it could impact emergency or everyday transportation for the entire city.

Right Decision at Hogan-Pancost: Friend did not offer a “yes/no” answer to this question, but said she questioned whether the purchase price was appropriate relative to other possible mitigation options.

More City Resources for Homelessness: Yes, she said there have been too many deaths of people experiencing homelessness, and homelessness can contribute to reduced lifespans, so it’s humane to do our best to take care of the homeless.