Wallach: There’s a Place for a Small, Sophisticated City 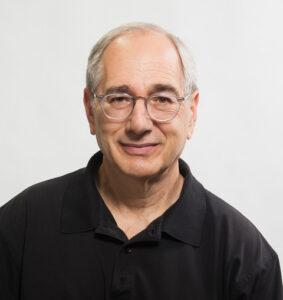 Mark Wallach, a candidate for Boulder City Council in 2019, like many candidates has big concerns about housing in Boulder. But unlike most candidates, he has deep knowledge in real estate, saying this background is part of his reason for throwing his hat into the ring, and he went on to talk in detail during a mid-September interview about some of the current housing specifics.

“I’m very concerned about Boulder. I love the community, I’m very invested in the community, and I’m very concerned with its direction. I thought my background on housing and land-use issues would be useful in considering the kinds of things that come before Council – not at all the things are land use and housing, but many of the big-ticket items are,” said Wallach on his motivation for running.

Wallach was born in the Bronx and raised on Long Island, both in New York. He said he wasn’t shaped as much by his physical surroundings as he was by the events and controversies of the times, including opposition to the Vietnam War and the civil rights struggle. He said he didn’t particularly like living on Long Island, so after leaving for school he never went back. He went on to earn a bachelor’s degree from Yale University, and a law degree from Columbia University.

Wallach worked as a real estate attorney in New York City, with clients including private developers of low-income housing and corporations working on public/private projects. He then moved into real estate development, often working in landmark districts, and said he and his partner enjoyed working on historic buildings while other developers might not have liked it as much due to the tight regulatory systems.

As a climber, Wallach visited Boulder frequently over the course of roughly 40 years, and he and his wife eventually decided to make it official. He purchased a Boulder home in 2011, although it took until 2014 for the couple to finally settle in. But over the years, he noticed that housing prices in Boulder were becoming “insane,” and said in mid-September that there were recently more than 40 home listings at more than $3 million, yet only six single-family homes at $600,000 or under.

Since living in Boulder, Wallach has served on the city’s Advisory Committee to the City Council on Development-Related Impact Fees, which included discussion of development linkage fees to help fund affordable housing programs. He has also been active in writing opinion pieces and letters to local media on issues of the day, and a number of these pieces can be found in the “opinions” section of his campaign website.

Alpine-Balsam-Broadway: With a price tag of $41 million for the city-owned portion of the area, Wallach said “whether or not the city overpaid” he understands the rationale for the purchase, which includes having control over the site’s future. He said he wasn’t certain what the city’s financial objectives really were for Alpine-Balsam, and considered whether there would be significant affordable housing on-site, or if market-rate housing would pay back the purchase price and fund cash-in-lieu payments for affordable housing elsewhere, but emphasized that people hoping for little or no development are likely to be disappointed. “The issue is, can you make it a little more integrated with the community?,” said Wallach. In mid-September, there were discussions about planning available parking at a ratio of 0.8 cars per household, which Wallach called “magical thinking” since Coloradans tend to travel for recreation in areas not well-served by transit, plus he believes Boulder’s transit system is not optimal, and therefore people who can’t park on-site would simply park in surrounding neighborhoods. He suggested that the city could have sought out a better range of opinions from the broader Front Range adaptive re-use community regarding redevelopment of the hospital building.

Growth, Density, Jobs-Housing Balance: Wallach said growth is a divisive issue in Boulder, but he would like to focus on managed growth that benefits the community. He believes there is a place for a “small, sophisticated city” like Boulder may be considered today, and rejects the notion that Boulder should try to be the next Portland, Brooklyn, or Seattle. According to Wallach, Boulder’s current physical configuration is a result of “extraordinary decisions” made in past decades, including the height limit and the Blue Line, but he doesn’t believe this means the city can’t focus on more affordable housing. He agrees there is an imbalance between jobs and housing, but does not believe the city should attempt to reduce employment, and also does not believe it should attempt to house all of its 60,000 in-commuters since more people would still want to move in afterwards. Wallach does not believe growth is automatically good, especially if it doesn’t take into account the city’s carrying capacity and possible impacts to its environment, and certainly does not believe density equals affordability since, in his words, “there’s not a shred – a shred (for emphasis)-  of evidence” for the validity of this relationship as major cities in America densify while the cost of housing continues to increase.

Climate: Wallach said he would support strong building codes to make a difference in carbon footprint, and he would favor requiring Net Zero construction along with increasing the use of passive solar design. He believes Boulder has a “very poor transportation system,” and said RTD service in Boulder needs improvements before more people will consider riding the bus as a top option. This would include more frequent service to and from Longmont, and even better shelter at existing transit stops since people don’t want to stand in inclement weather to wait for a bus. Currently, he said auto traffic in Boulder “has become miserable,” but that’s unlikely to improve without a better transit system. He said he’s not very receptive to the idea that more housing density in Boulder will make a meaningful dent in environmental factors, in part because the city might make improvements in per-capita carbon footprints but increase the overall footprint because there would be more people in town.

Boulder Municipal Electric Utility: In mid-September, Wallach said he supported the muni in part because other existing municipal utilities in Colorado offer better reliability and lower rates than Xcel Energy. However, he volunteered during the interview that he wrote an opinion piece in 2016 criticizing the city’s efforts, calling out the spending and minimal tangible results to date. One of the factors leading him toward supporting the Boulder muni was that a recent New York Times story said Colorado ranked 39th among states in use of coal for electricity. Xcel has recently set new goals for renewable energy and carbon emissions, but Wallach believes they are vague and set too far out into the future. Boulder has a goal of 100% renewable energy by 2030, and Wallach said the city might as well repeal this goal if the muni doesn’t go forward. He said the cost of municipalization could be a factor for him – “if the number is $850 million I doubt we’ll do it, if the number is $90 million I’m sure we will,” – but also said city voters have passed several ballot measures to move forward and he sees the muni as worthy of continued effort.

Social Equity: Wallach has personal history in working on social equity issues, including supporting Charlie Evers, who was according to Wallach’s website the “first black man to run for statewide office in Mississippi since Reconstruction.” He said Boulder certainly has problems with social equity, and “we’re not immune to racism, subtle or otherwise.” According to Wallach, economic inequity is a key to social inequity, and he noted that Dr. Martin Luther King, Jr., ran a multiracial effort called the “Poor Peoples’ Campaign” shortly before his assassination. “He was advocating for things people are still advocating for today and don’t have – a good job, good pay, and equal access to those jobs,” said Wallach. He believes the city could improve its commitment to diversity in procurement and hiring practices, and could examine minimum wages (local governments will be able to set wages higher than the state minimum next year). He said recent incidents in Boulder in which police could have been seen as engaging in racial profiling in encounters with black men were “horribly unfortunate,” and said these types of incidents show potential needs for better officer training or even hiring new officers.

CU-South: This issue has generated polarized discourse for years, but it intensified this year as the city and CU had different visions for flood mitigation plans. Wallach said he believes there’s a “general incomplete misunderstanding” as to how complex the negotiations are, and the situation goes beyond just the city and CU to include CDOT and Open Space. Like most candidates, he said the health and safety of residents living downstream from the property must be of top priority, but added that an agreeable solution doesn’t seem likely in a short period of time. Shortly before this interview, city staff pulled the Variant 2 mitigation proposal that CU and three Council members favored from consideration because of CDOT concerns over construction in its right of way. Wallach thinks it’s time to “reset the conversation,” and this includes making sure all parties are at the table in what needs to be a collaborative and potentially difficult quest for a solution.

More City Resources for Homelessness: Yes, but to the extent that resources are available. He said other departments within the city also have significant needs.