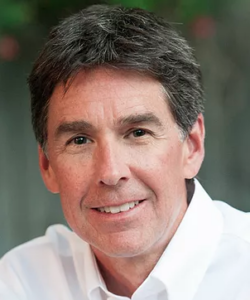 “I’ve always been interested in local politics, I firmly believe in giving back to the community, and I have deep roots in public service. But looking at the fallout from what happened at the national level in our presidential election, I got so tired of hearing complaints about what government should be doing or what government shouldn’t be doing. It didn’t matter what side of the aisle you were on – everyone had a complaint. I feel like I’m a pretty in-tuned person, and I don’t mean to sound naïve – but I didn’t realize that there were that many people in this country that harbored so much hate in their hearts. I am a firm believer that if you want to facilitate change then you have to be a voice at the table – you can’t sit on the sidelines, and you have to be proactive to try to make the change that you want see happen,” said Christy about his reasons for running for Council.

Christy was born in Los Angeles and his birth parents lived in Hollywood. His family had a photography studio, and he said his grandfather was Howard Hughes’ personal photographer. His parents divorced when he was seven years old, and his mother had to struggle to make ends meet. He moved to San Diego when he was 11, where his mother met the man who would become her second husband, but this marriage was also not to last. His mother moved to Sacramento during his senior year of high school but he stayed in San Diego, and said he had an epiphany that year that nothing was going to be given to him, and if he wanted something “I’ve got to make it happen myself.”

He was eventually accepted into college at UCLA, and graduated with a degree in history and a minor in business administration. But upon graduation, he wasn’t sure what he would do for a career, so he moved back to San Diego and worked a variety of jobs before being accepted into the law school at the University of San Diego. While in law school, he got an internship in the San Diego City Attorney’s office, and said he really loved “being up on that stage in the courtroom, feeling like I’m making a difference.”

After graduating from USD, he again searched for what would come next. He said he went to an interview at a big firm in Los Angeles but looked out of the office only to see extreme smog, and decided LA was not for him. He heard about the Judge Advocate General’s (JAG) Corps in the military, became interested in pursuing this path, and was accepted as an Air Force JAG. His first duty station was at Barksdale Air Force Base in Shreveport, Louisiana, and while he didn’t at first want to be in the South, he grew to appreciate living in a part of the country with a different culture and mentality.

His next assignment was at Vandenberg Air Force Base in Santa Barbara, California, but near the end of this contract he decided he wanted to leave the military. A big surprise would follow – after informing his superiors, he was told to “get your handgun, and pack your bags” because he was being deployed to Kuwait, not long after 9/11. He was assigned as the host nation liaison, in part to ensure positive relations between the U.S. and the Kuwaiti Air Force. There, he learned more about very different cultures, and saw first-hand some of the destruction that happened in the post-9/11 Persian Gulf.

Next up, a deployment to Afghanistan, where Christy was tasked with accounting for Air Force assets, which was a risky assignment that included a frightening landing because his aircraft was in danger of a missile attack. He and his team were able to recover “millions of dollars in assets,” and Christy won an Air Force JAG of the Year award shortly thereafter.

He left the Air Force, took a job with a law firm in San Francisco, and began volunteering with the Bar Association of San Francisco, helping people including underprivileged Latinas who were victims of domestic violence. He found this experience rewarding because he helped people going through difficult times, which reminded him of some of his challenges growing up in broken homes. He started working for a “boutique family law firm” in San Francisco, but then started the Christy and Keith Family Law Group in 2007. Still, he recalled that divorce cases involving Silicon Valley tech millionaires could be unpleasant due to conflict and selfishness among the adults, so he got certified as a Minor’s Counsel to advocate for the interests of children. He also got certified as a mediator and as a collaborative law attorney.

Christy and his family moved back to San Diego, but he said this was not satisfying because the area was now overdeveloped with stifling traffic. His wife’s sister had moved to Boulder, and she invited them to come to Boulder, which they did in 2018. He left behind his beloved California ocean recreation, but today loves running and biking in Colorado. He said he’s not as active in the law practice as he once was, but can work remotely from Boulder and gets mediation, Minor’s Counsel, and litigation cases. Today, he is also a member of the City of Boulder Cannabis Licensing Advisory Board.

Housing: Christy acknowledges there are problems with housing supply in Boulder, but said he would not support what he called “density for density’s sake.” Like most candidates, he said there are specific “missing-middle” shortages for moderate-to-middle-income earners, and said one of his goals would be working toward providing more housing appropriate for those families.

He said the Boulder Armory project in north Boulder is a good example of the type of development he could support, partially because it will provide a relatively wide range of pricing levels, it’s on Broadway and new residents will be able to use RTD’s SKIP bus line, there are already nearby restaurants and coffee shops, and while the nearest grocery store is more than a mile away it would be accessible by transit.

Moving forward, he said he could support well-planned redevelopment of older, underutilized strip malls, making sure they have some green space and the nearby amenities needed to create “15-minute neighborhoods” in which people don’t need to drive for ev